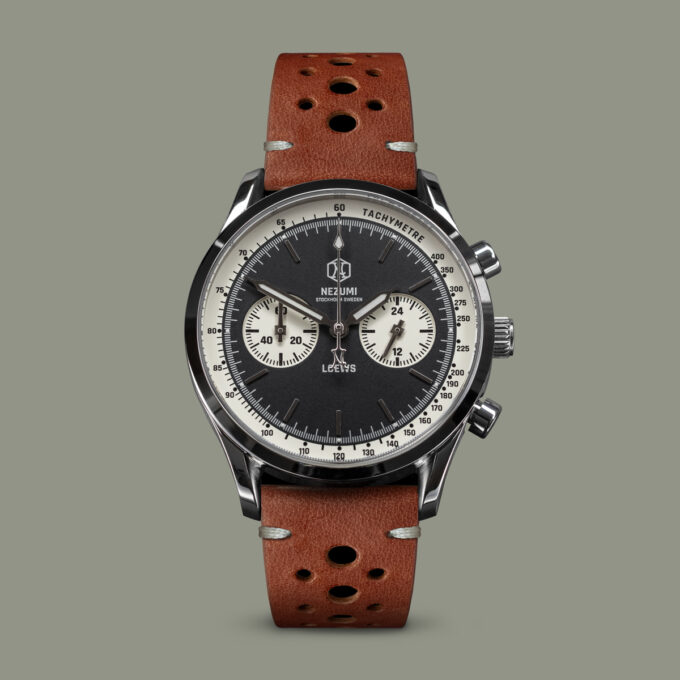 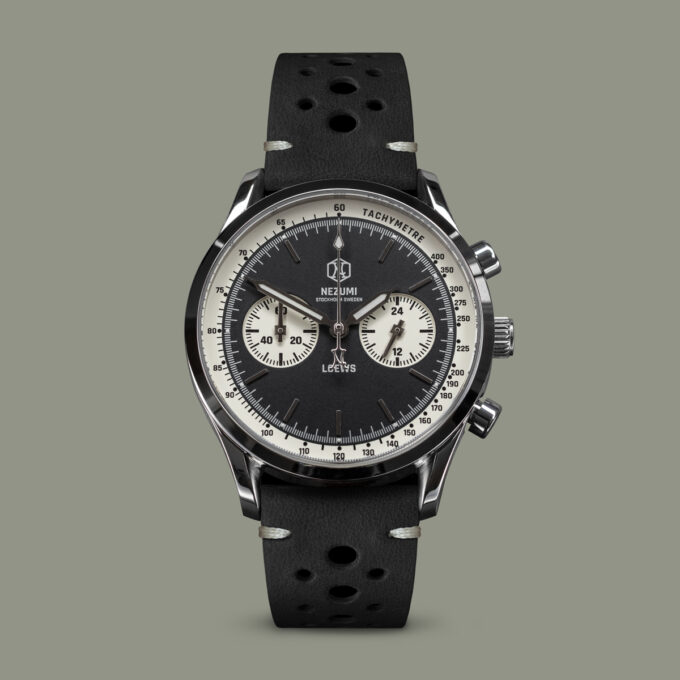 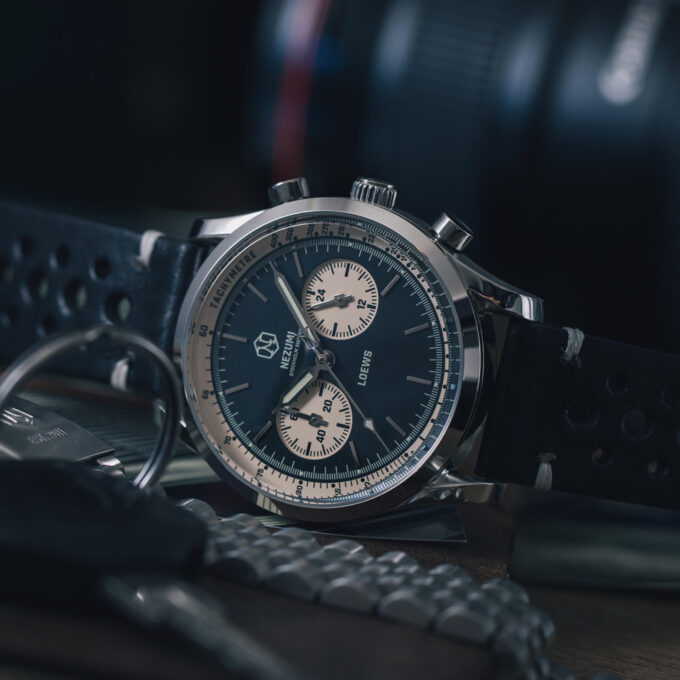 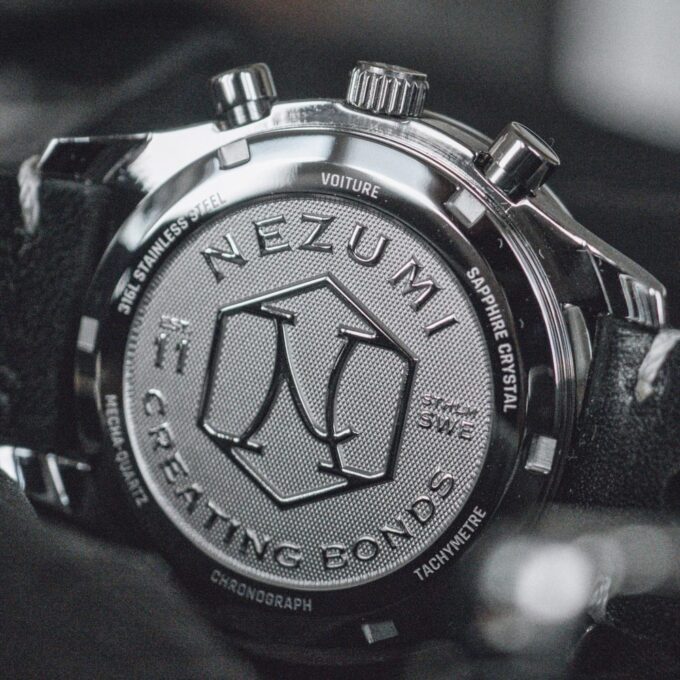 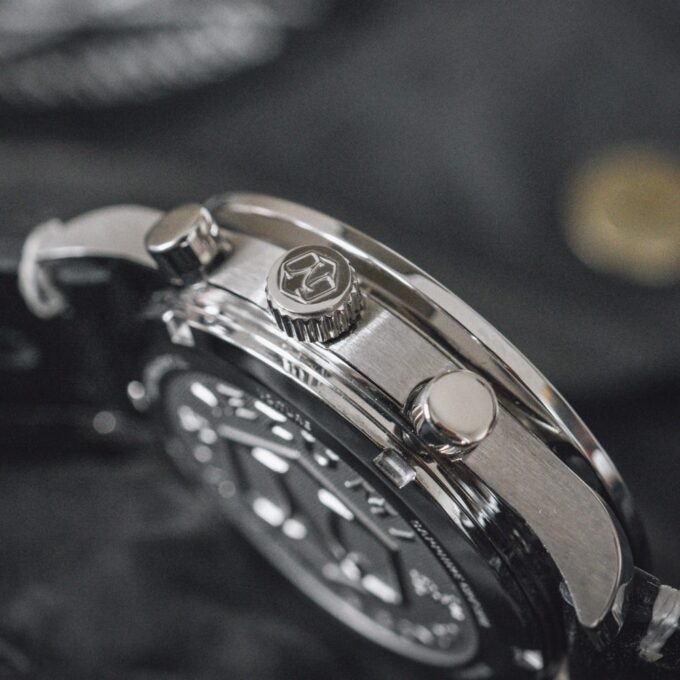 The Loews Chronograph watch by Nezumi is inspired by several 1960s chronographs and has a vintage vibe with classic color schemes. It’s powered by a mechanical-quartz movement made by Seiko and features two sub-dials – 24-hour and 60-minute counter – and a double-domed genuine sapphire crystal with anti-reflective coating on the inside.

“PULLS OFF THAT RETRO LOOK” 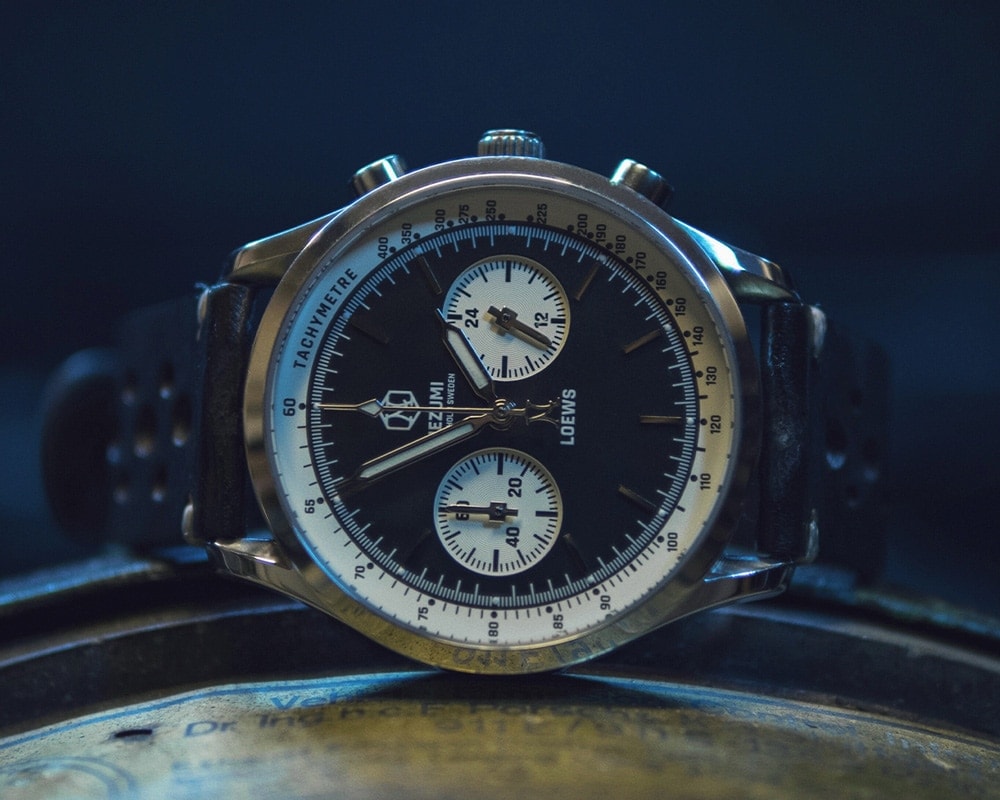 This stylish two-register racing chronograph is named after a legendary hotel in Monaco on the Grand Prix circuit called the Loews in the 1970s near the famous hairpin turn. “I’ve always been a big fan of that era and lifestyle and especially drivers like Jackie Stewart, Ronnie Peterson and Emerson Fittipaldi among other legends,” Campo Cárdenes notes. “So I wanted a name that connected the watch to that. It’s a classic racing chronograph, but a bit dressier than most because the tachymeter is on the dial instead of the bezel. It’s a watch of its own, but with a clear sense about where it’s coming from.” Sized at 40mm it’s presented on a hand-stitched vegetable-tanned leather strap. 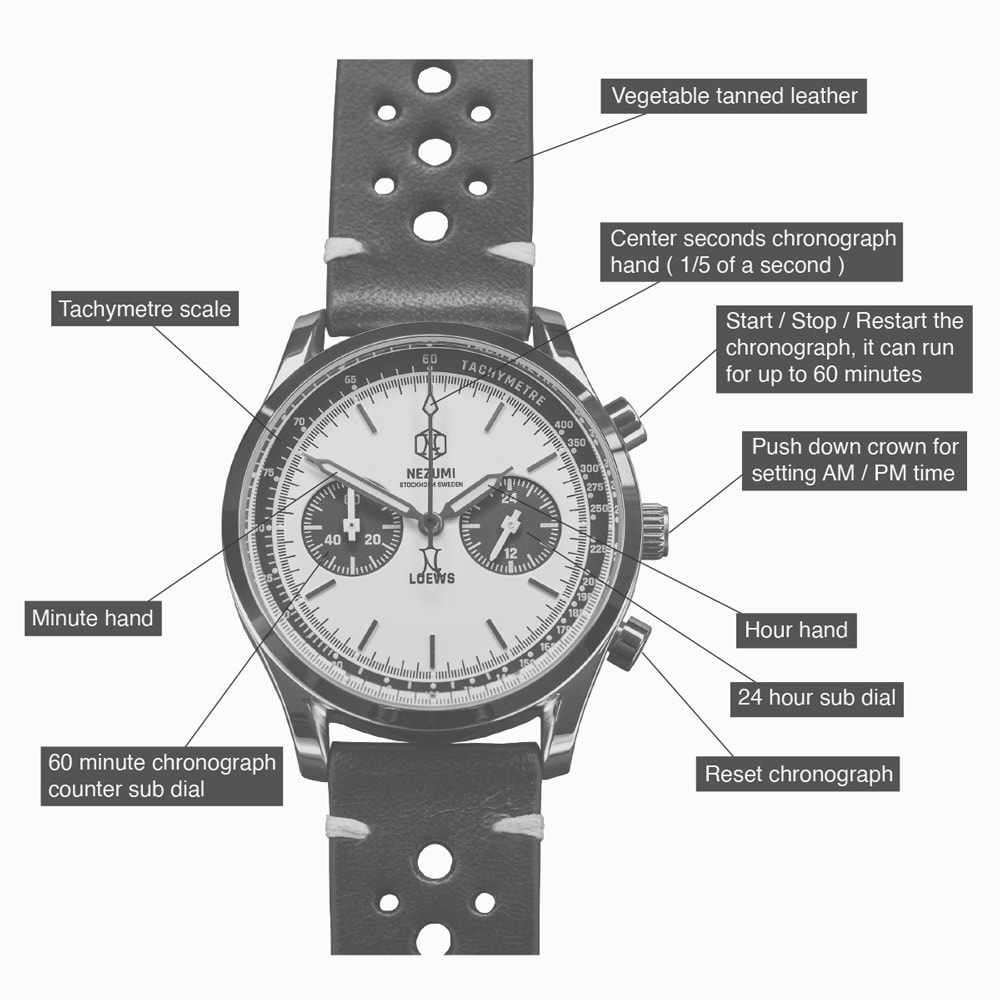